Our Diana Davis Spencer Scholars (DDSS) program provides support and mentorship to WSP alumni to help them identify and thrive in graduate and professional degree programs. Through the DDSS program, WSP aims to reframe the graduate landscape by demonstrating the potential of student veterans when they are resourced, supported, and encouraged to pursue graduate-level degrees. We are grateful to the Diana Davis Spencer Foundation for their investment in this program. 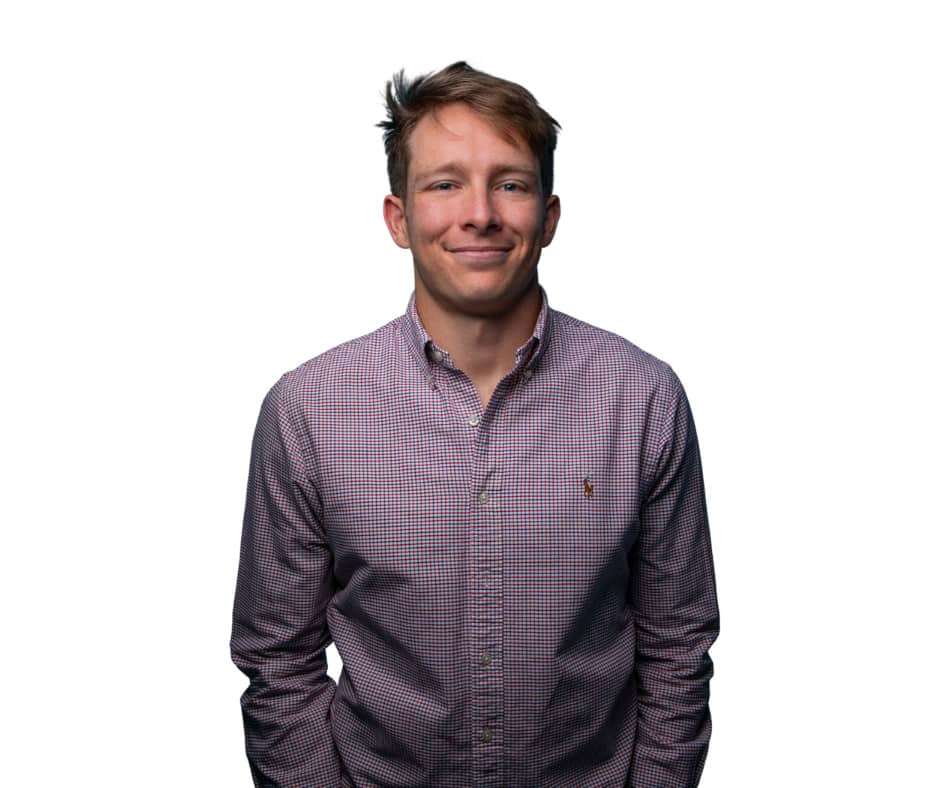 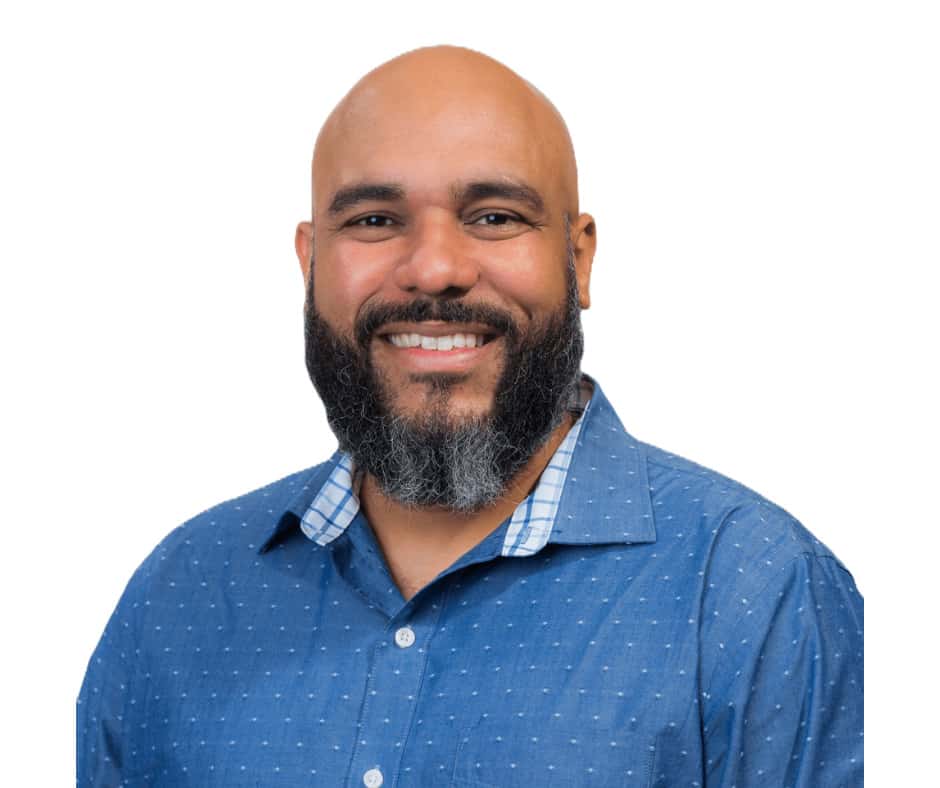 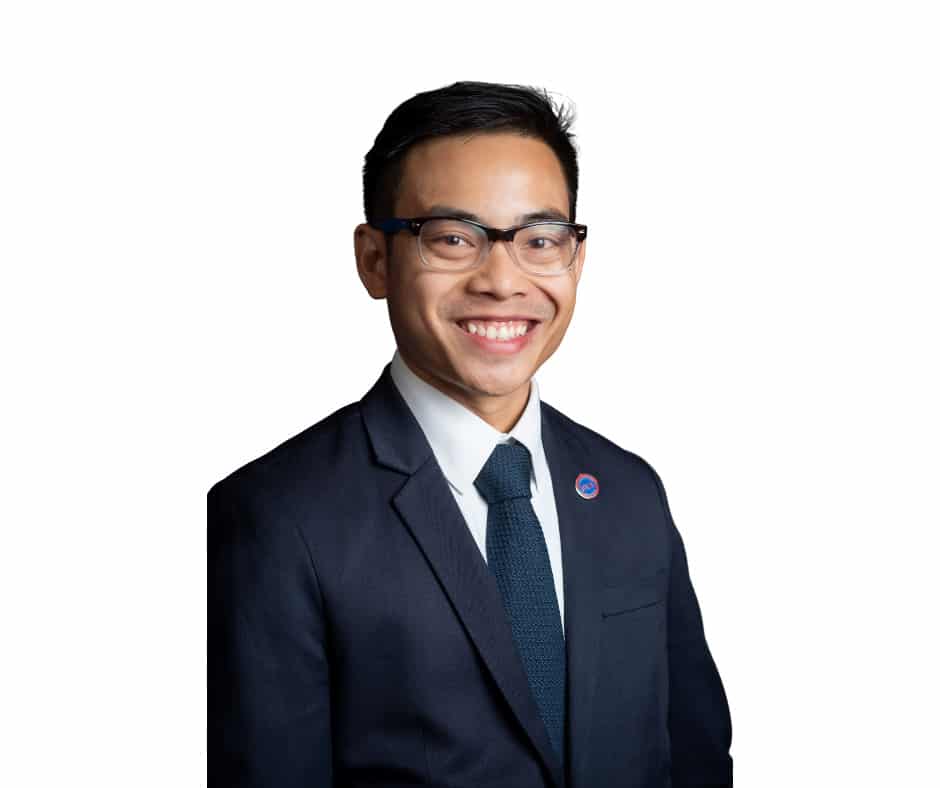 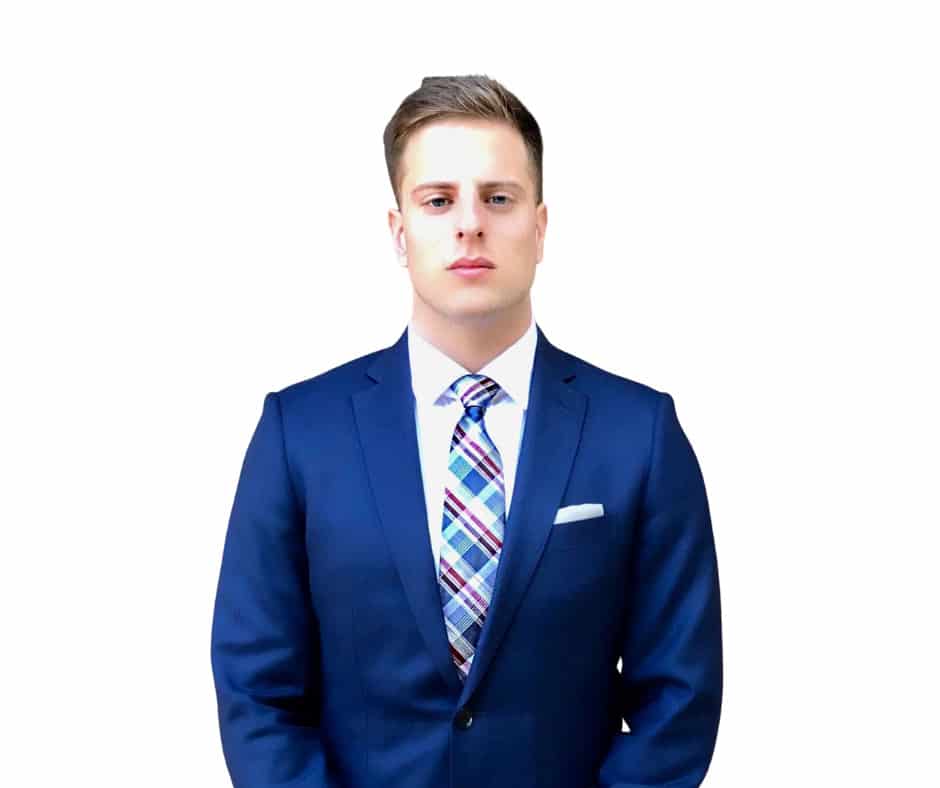 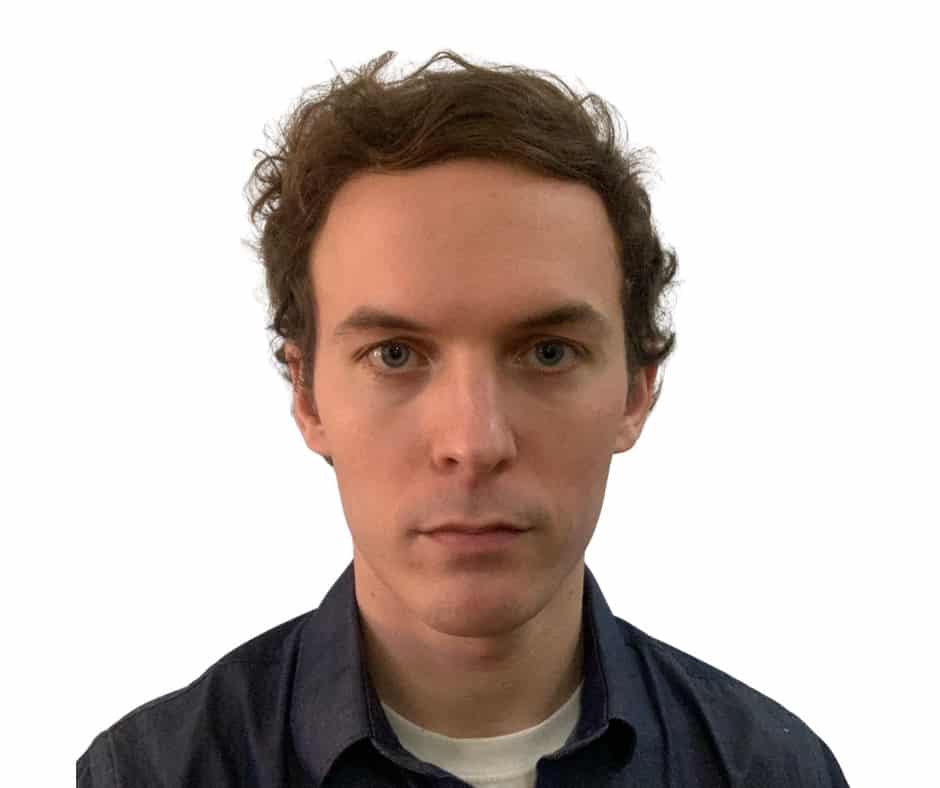 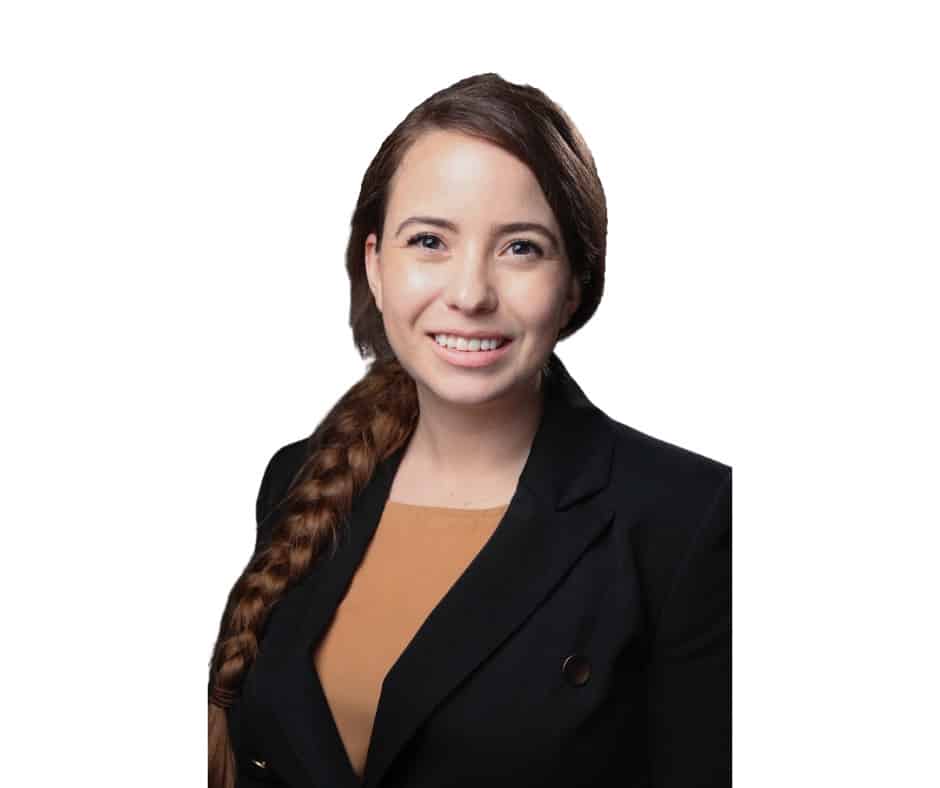 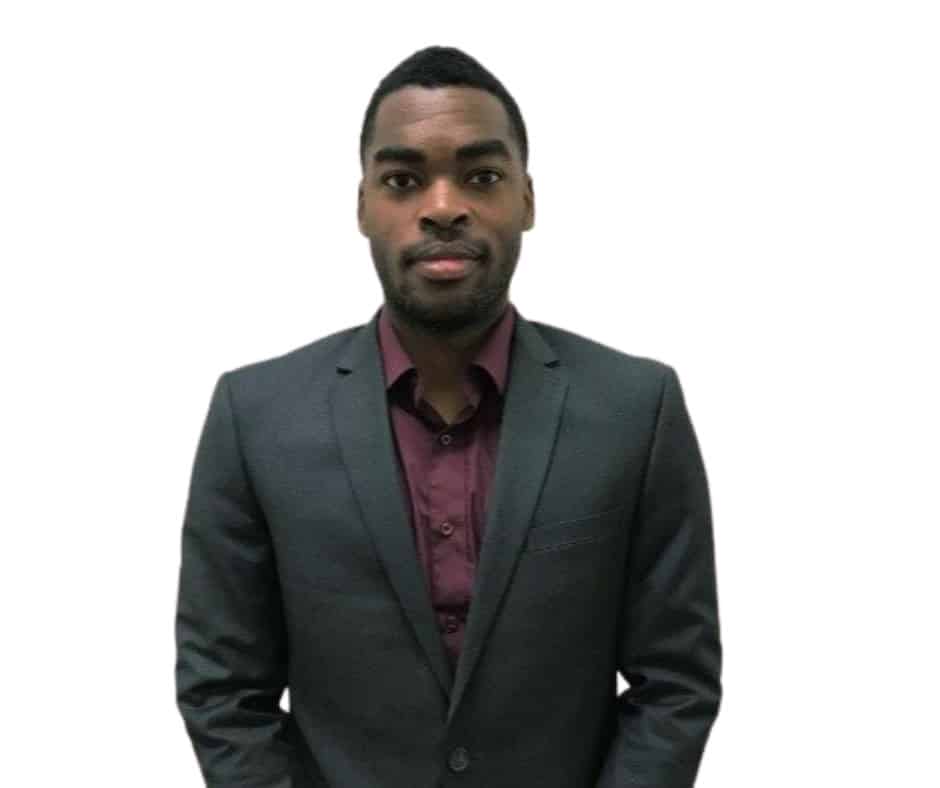 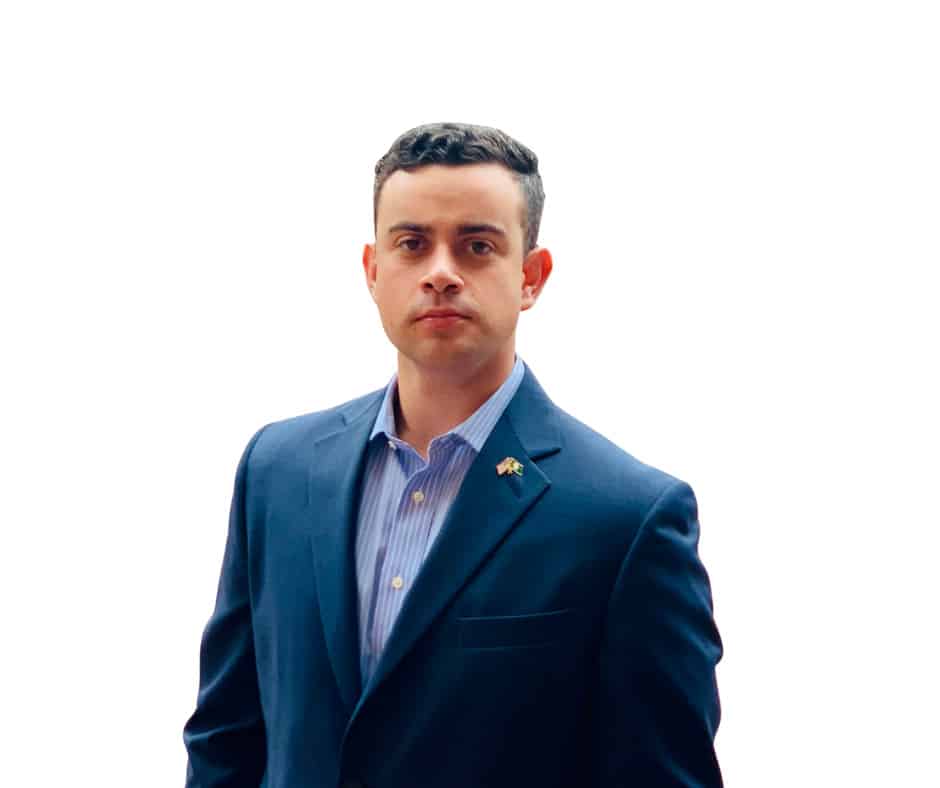 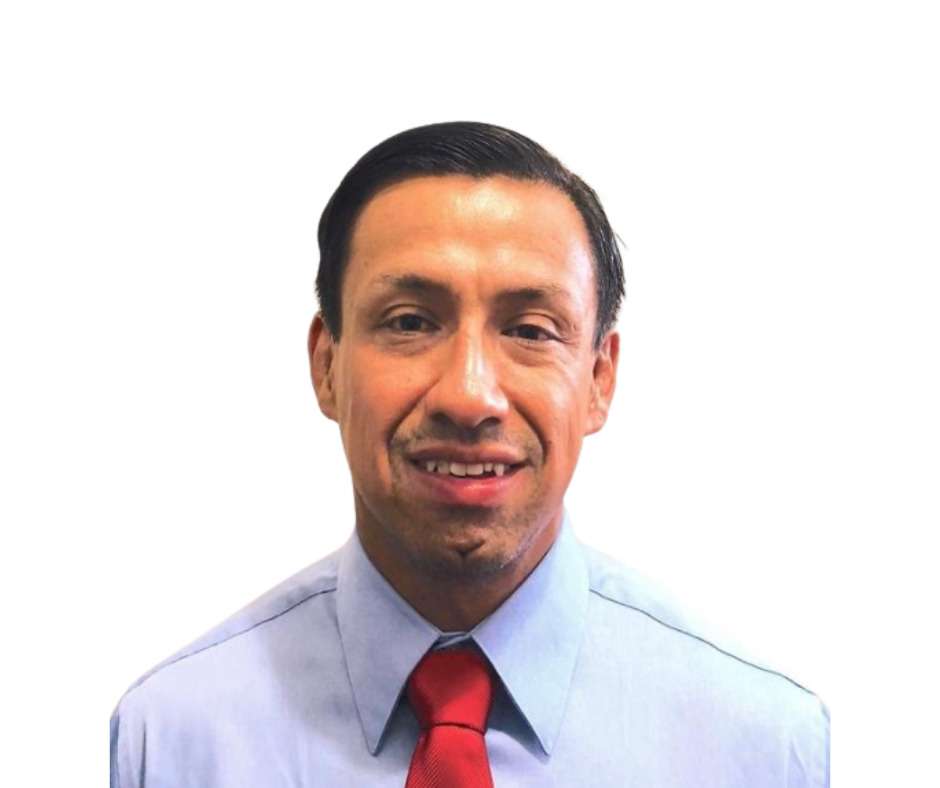 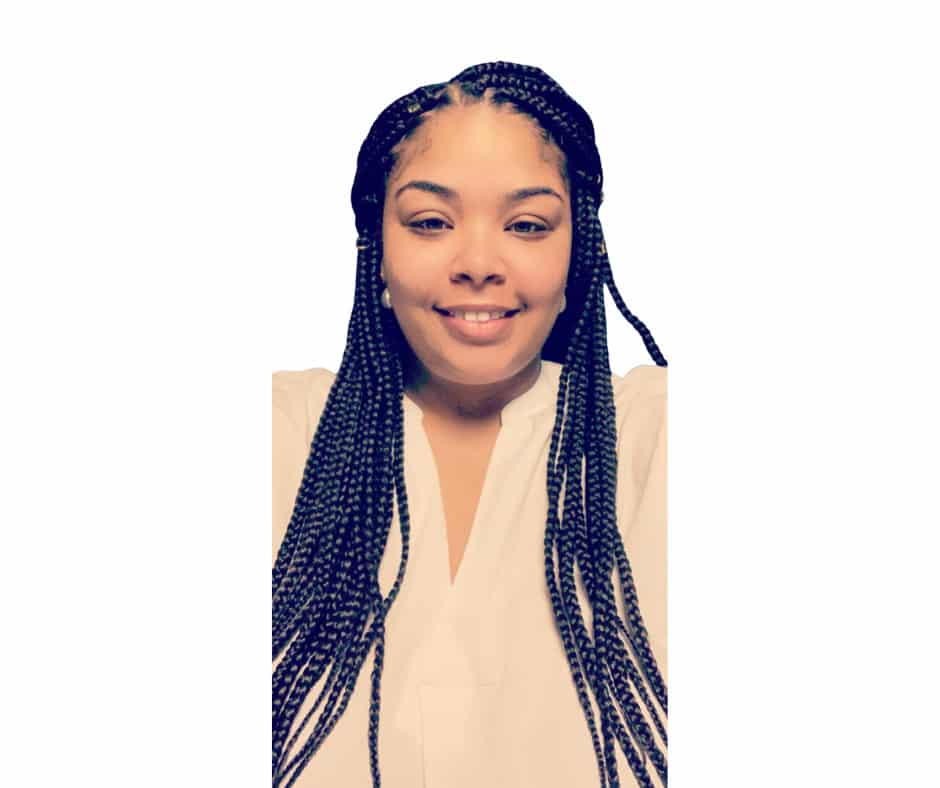 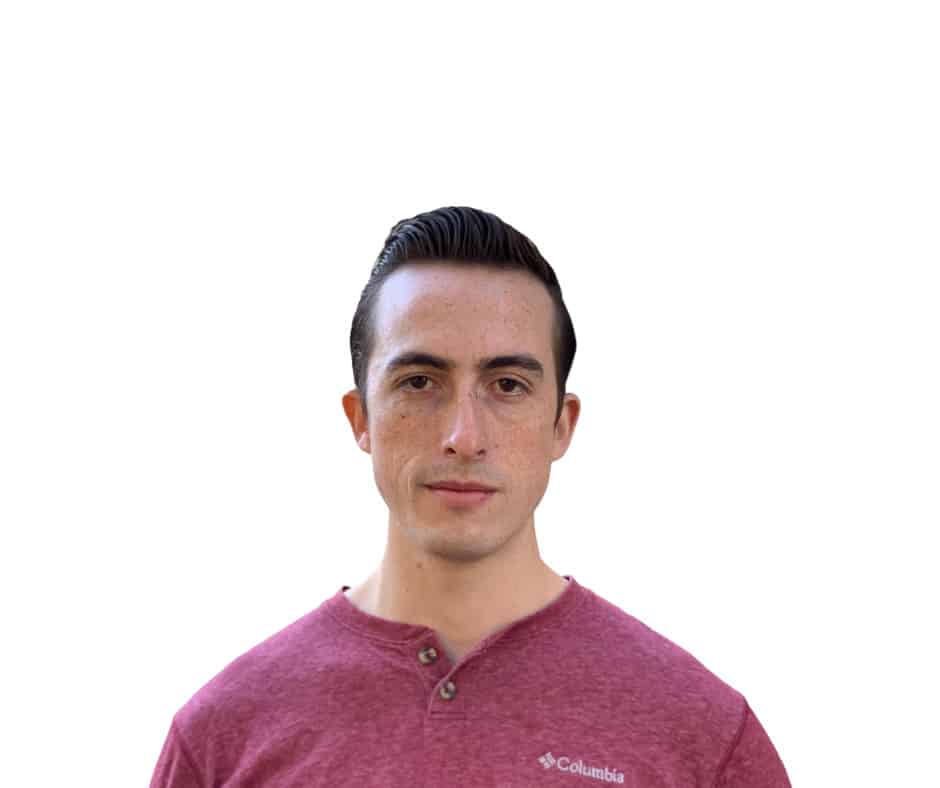 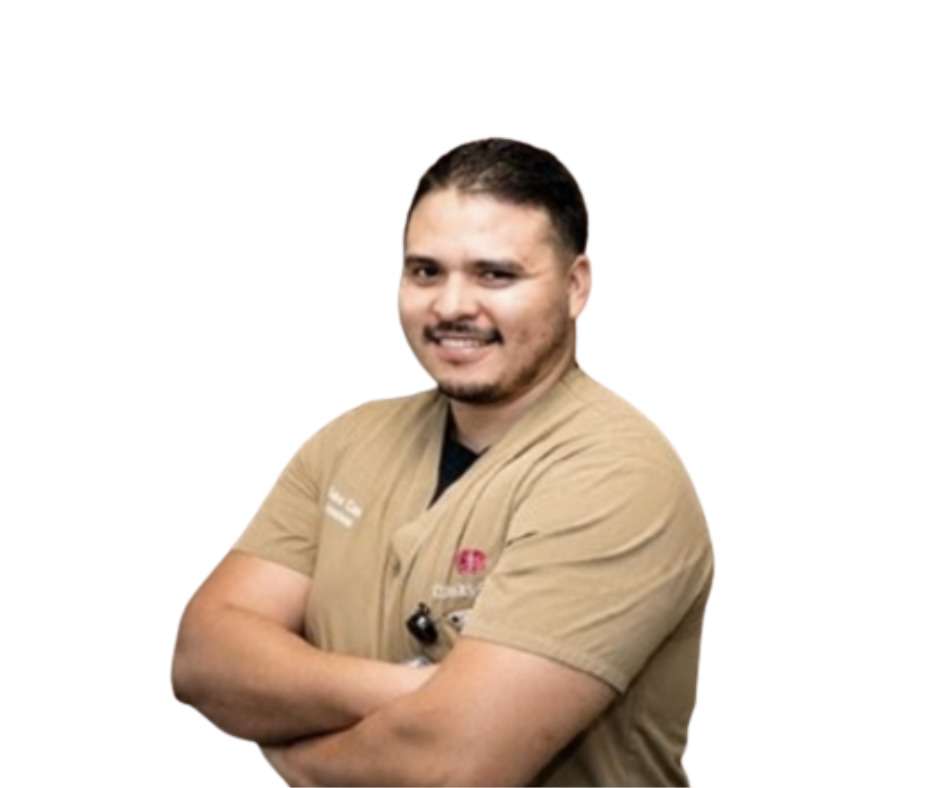 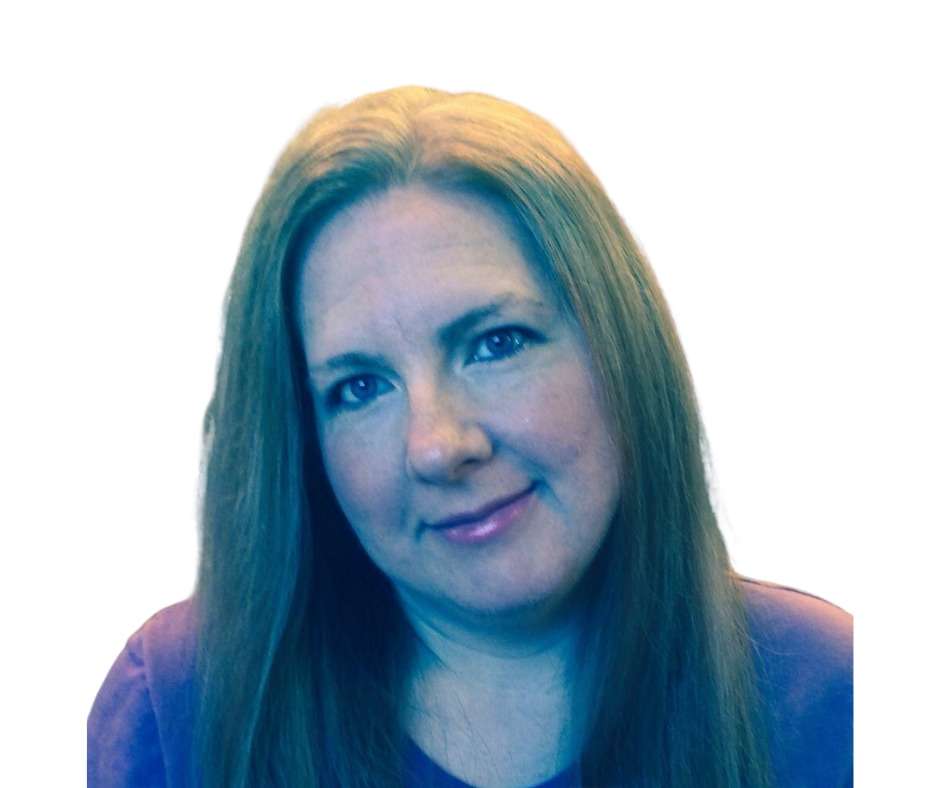 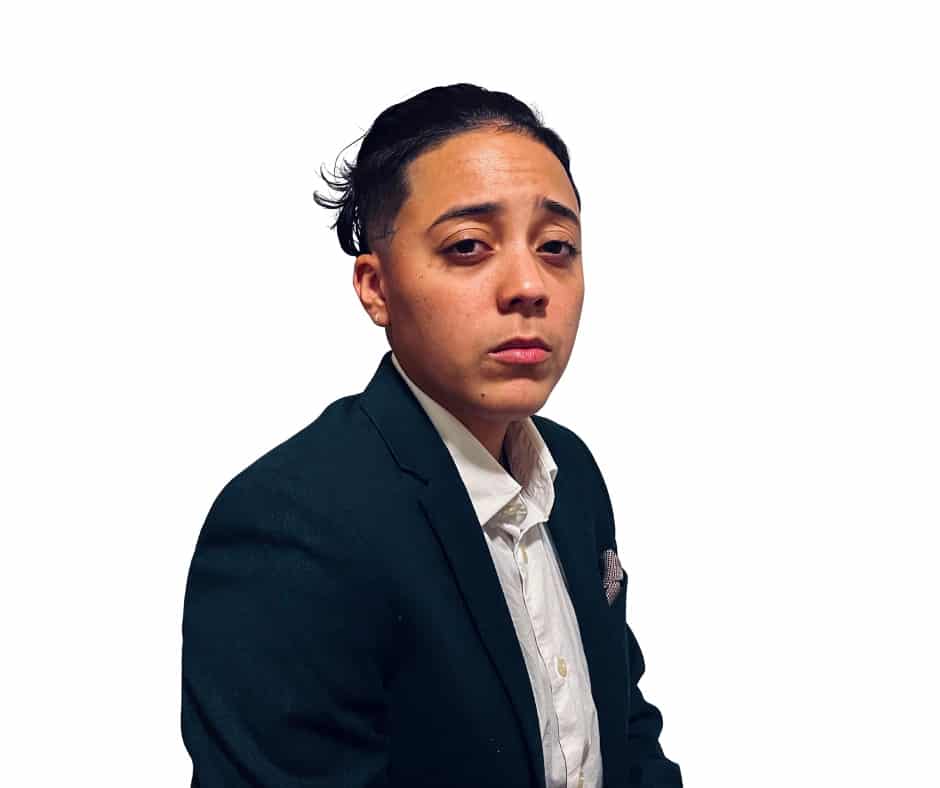 Conor enlisted in the Navy at 18, serving from 2012 to 2016. During his four-year enlistment, Conor was stationed in Guam and his home state of New Jersey, and served in many roles as a master-at-arms (military police), including roles as a  harbor security coxswain and military working dog kennel support.Conor majored in political science at Columbia University and will be enrolling in law school soon. Conor hopes to explore many different aspects of law, including contract law, patent law, and law teaching.

Derek joined the Army in 2004 and served as an information systems administrator. His first assignment was with the 1st Armored Division, with whom he deployed to Iraq in 2007. His next assignment was with Special Operations Command South, where he was deployed to Haiti in 2010 after the devastating earthquake. Derek separated from the military in 2015 after serving 11 years. He went on to earn his associate’s degree in international relations from Miami Dade College before attending the University of Miami, where he graduated in May 2020 with a bachelor’s degree in political science. While at the University of Miami, Derek was an active student leader and served as president of the veterans student organization. Derek plans to attend law school in the fall of 2022, focusing on civil rights and family law. While being civically engaged in the veteran community since separating from the military, he has experienced and witnessed veterans’ challenges during their transition. Derek would like to serve veterans who find themselves in the justice system and do not have the resources to be treated fairly.

Jonathan joined the Navy in 2009 as an aviation structural mechanic. He deployed on the USS Eisenhower in 2012 and the USS Theodore Roosevelt in 2015. Jonathan graduated from American University in 2020 with a bachelor of arts in international studies and a minor in Chinese. In his academic career, he had the opportunity to study abroad in Taiwan under the Huayu Enrichment Scholarship and in Beijing under the Benjamin A. Gilman International Scholarship. Jonathan also contributed articles to the East-West Center and the Fletcher Security Review. Jonathan looks forward to pursuing a dual J.D.-M.A., focusing on international trade and foreign policy. He hopes this will allow him to contribute to foreign policy and national security dialogue.

Marcus joined the Marine Corps in 2016 and served four years in the infantry. Less than half his service comprised various billets in a combined anti-armor team, while the remainder of his time was spent in scout sniper teams. After departing the military, Marcus attended Saddleback College and participated in WSP’s 2019 STEM program at Texas A&M University. His experience with WSP  gave him the framework to learn in challenging academic environments. Marcus is now studying financial economics at Columbia University. Upon completing his undergraduate degree, Marcus will continue his education through law school. He plans on attending a top-tier program with the intention of receiving a greater understanding of the American legal system.

Angelo Digirolamo served five years in the Navy aboard submarines. As all submariners do, he learned the entire construction and operation of the complex work of engineering that is a submarine. Through this experience, a renewed interest in science followed. He is currently studying neuroscience and computer science at Columbia University. Angelo currently  works as a research assistant at the Hobert Lab, where his project focuses on understanding the relationship between neuropeptide receptors and cell fate in the male C. elegans tail. His current research interests include neurogenetic methods, memory consolidation, and plasticity. In the future, he aims to gain admission to a neuroscience Ph.D. program to study neural control engineering.

Lisa joined the Air Force in 2013. She served as an enlisted paralegal in the Judge Advocate General’s Corps, working on courts-martial. Lisa finished out her career as the NCOIC of military justice, working for the General Court-Martial Convening Authority’s legal office. She pursued a bachelor’s degree in social sciences and organizational studies from the University of Oklahoma, where she graduated in May 2020. Lisa will matriculate into law school in the fall of 2022. She plans to use her advocacy skills to help marginalized and underrepresented communities.

Harry joined the Marine Corps in 2013. He served five years, three of which were spent as a combat engineer, and he spent seven months overseas on a combat deployment. Harry earned an associate of arts in English from Saddleback College in 2020. He is currently attending Columbia University, where he is pursuing a bachelor of arts degree in English and creative writing. He expects to graduate in May 2023. Harry plans to earn a doctoral degree in English, preferably with a certificate in African American studies. He also plans to pursue a master of fine arts degree in the future.

Manny joined the Marines in 2013 where he worked in public affairs. He has been stationed in North Carolina, Michigan, and Germany. He currently serves as a news reporter in Germany and will be moving to Maryland in 2023 to finish his service. Manny completed his undergraduate degree in management from American Military University in 2019. In 2021, he earned his master’s degree in international relations from Liberty University and is currently pursuing a postgraduate communications degree from Liberty. Manny wants to attend a premier journalism school and continue working in the field. He would also like to use that degree to teach students as a secondary job.

Gerson enlisted in the Navy in 2000, serving until 2004. Shortly after, he began his academic journey, attending community college. During this time, he met his wife. In 2006, Gerson decided to continue his service in the military. He departed the Navy in 2019 and was accepted to Syracuse University in the fall. Gerson majored in management and technology with a concentration in data analytics and graduated in May of 2021. He is currently an employee at Geolinks as a network design engineer. Gerson is passionate about technology and hopes to one day use the power of technology to help veterans and underprivileged communities improve their quality of life.

De’Lia joined the Navy in 2013 and worked as a personnel specialist. She completed a seven month deployment where she was able to explore 10 countries and begin taking college classes. Currently, she attends Hampton University majoring in biology with a concentration in pre-med. De’Lia completed research at Yale University with the REVU program in 2019. In the summer of 2020, she participated in Warrior-Scholar Project’s STEM boot camp at Yale. Upon matriculation, she plans to attend medical school. Her interests include pathology and medical examinations of the body post mortem.

Oren joined the Army in 2012 as an infantryman. Following infantry school, he attended Airborne School and Ranger Assessment and Selection, where he served in 2nd Ranger Battalion 75th Ranger Regiment. Oren served as a team leader, sniper team leader, squad leader, and Platoon Sergeant for nine years. He completed his transfer requirements at Folsom Lake Community College and is currently a third-year neuroscience student at the University of California Los Angeles. After completing his bachelor’s in neuroscience, he plans on attending medical school with the goal of becoming a surgery resident.

Andrew served as an Army Ranger from 2014 to 2018, deploying  to South Korea once and Afghanistan twice as a Ranger gun team leader. He is currently a senior at Yale University studying molecular, cellular, and developmental biology. Andrew will attend medical school following graduation, where he plans to specialize in orthopedics.

Daniel Reyes is a Navy Veteran who served on two deployments to Iraq and Afghanistan in support of Operation Iraqi Freedom and Operation Enduring Freedom. Daniel is currently a senior at Vassar College pursuing a major in science, technology, and society, focusing on public health. Following his graduation in the spring of 2023, he plans to continue his nursing path by starting an accelerated advanced practice nursing program, specifically as an acute-care nurse practitioner. Daniel is interested in serving historically underserved and marginalized communities and addressing issues concerning health equity in this country.

Moira served in the Army until 2004. She is currently a senior at Rivier College and is most interested in studying education policy.

Tracy joined the Marine Corps in 2013, where she deployed with Marine Light Attack Helicopter Squadron 267. In 2017, Tracy transitioned into the Reserves and started attending Harrisburg Area Community College where she graduated in 2020 with her associate’s degree in physical sciences. She was also a member of Phi Theta Kappa honor society and graduated cum laude. In 2021, she was accepted to the University of Rhode Island. Tracy wants to continue higher education with an acceptance to a neurology graduate program to obtain her medical degree in neurology. She hopes to help veterans and their families with the effects of post-traumatic stress disorder and depression.

Patrick served in the Marine Corps for over nine years as a scout sniper. He deployed five times, two in support of Operation Enduring Freedom. Patrick recently graduated from San Diego State University with a bachelor’s degree in business management. He currently works full-time as a marketing coordinator at Warrior-Scholar Project and plans on applying to an MBA program in 2023.