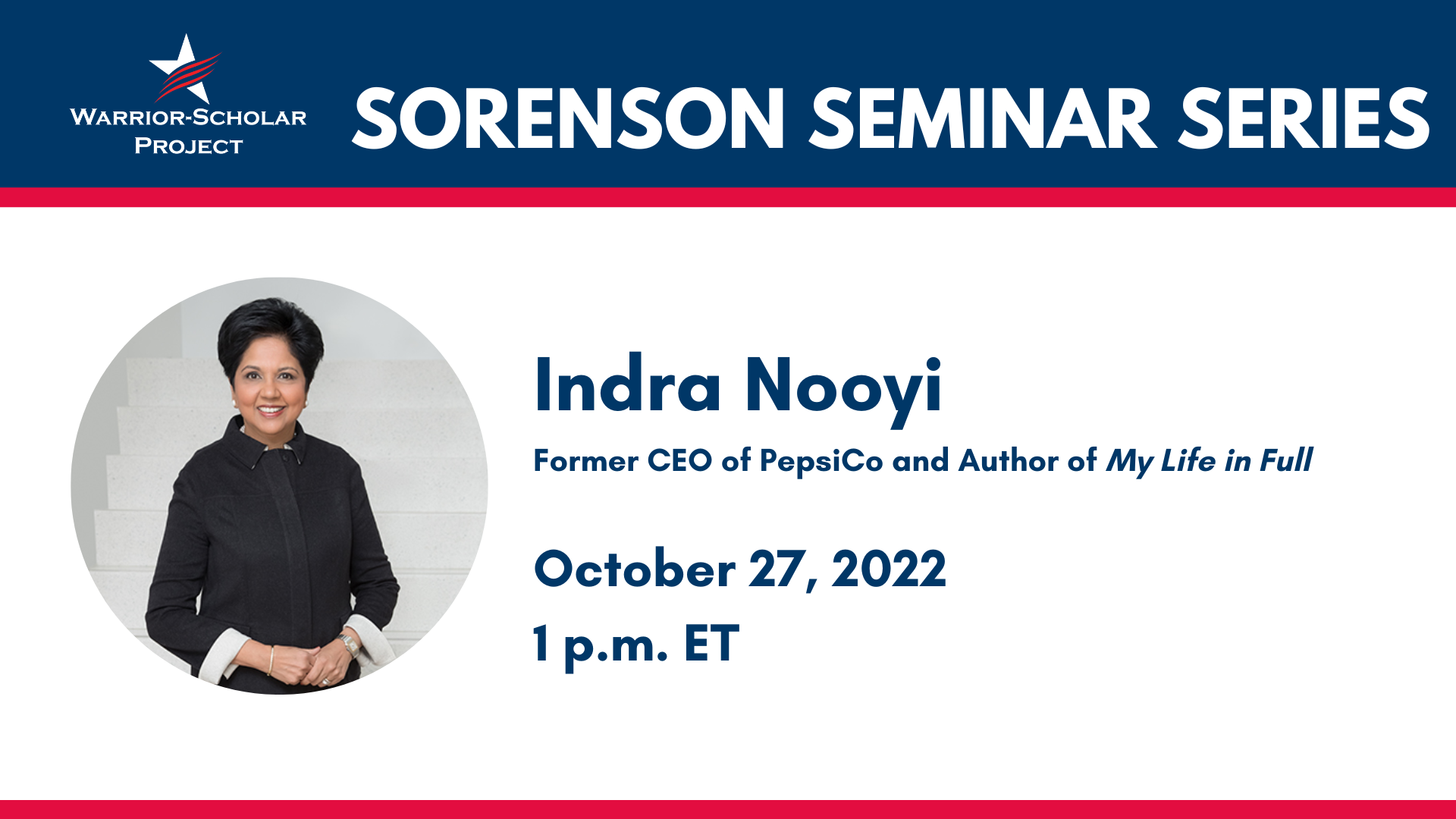 Our next Sorenson Seminar Series will feature none other than the former CEO of PepsiCo and author of My Life in Full, Indra Nooyi.

Ms. Nooyi spent over 24 years at PepsiCo, half of that time as CEO. During her tenure as CEO, Ms. Nooyi shook the industry as she helped restructure the organization and implemented a strategy that helped diversify the company towards healthier options. Her efforts helped increase profits from $35 billion to $63.5 billion over eight years.

Ms. Nooyi has also been a significant advocate for work-life balance. She argues that improving company and community support for younger families will unleash the full potential of every employee in this category. Some of those improvements she has been a proponent of are changing the childcare ecosystem by improving paid leave and work flexibility–especially for new parents–and equal pay.

Since 2006, Indra Nooyi has ranked in the top 10 of Forbes’ list of The World’s 100 Most Powerful Women seven times and broke the top 100 many more times. We encourage you to attend our conversation with one of our generation’s most influential business leaders.

*This event is exclusively for WSP alumni and special guests.