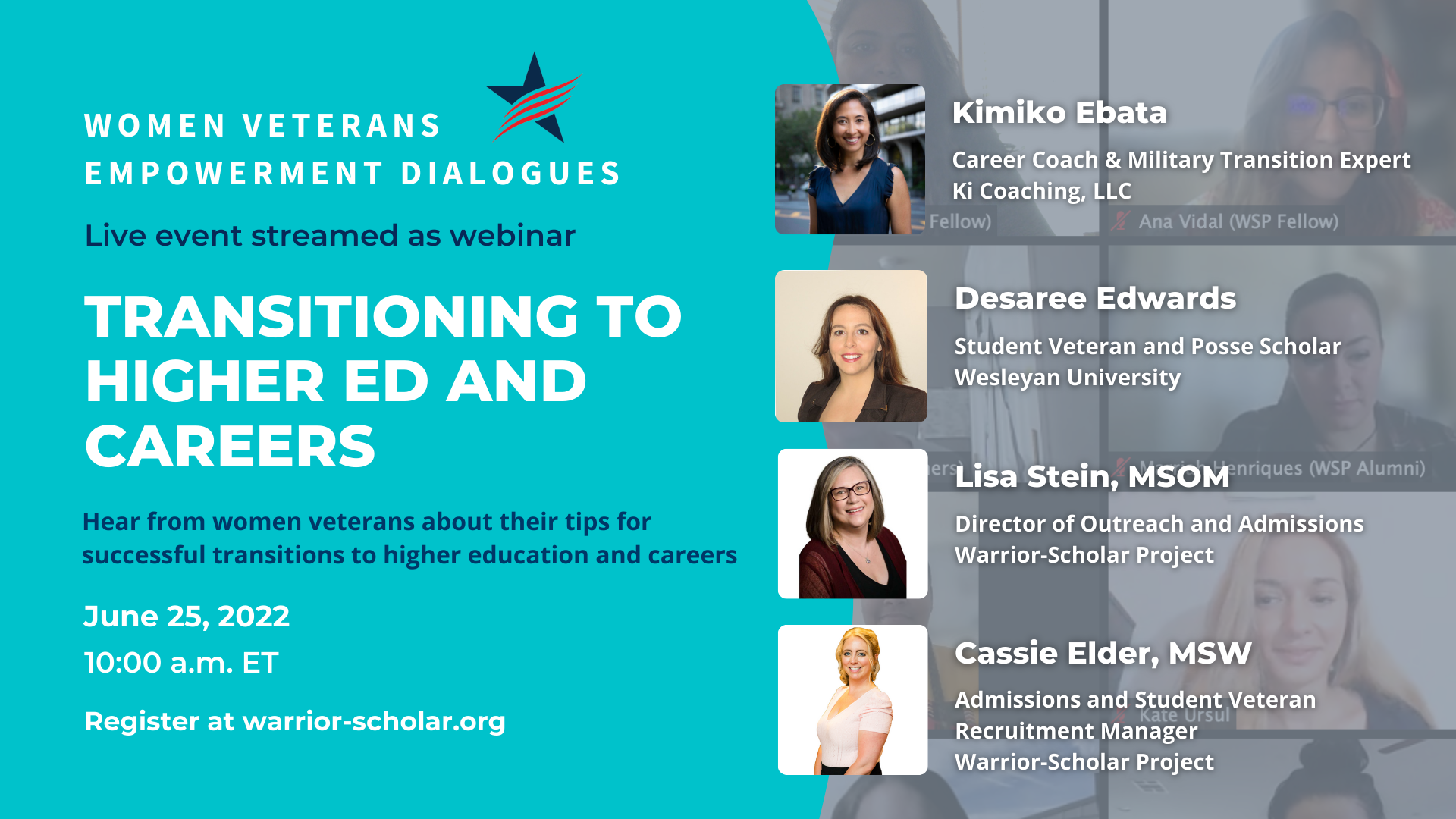 Join us for the livestream of our first in-person WVED, taking place during our first on-campus all-women academic boot camp at Yale University! 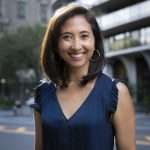 Kimiko Ebata is a career coach and military transition expert, who empowers mission-driven professionals to catalyze a career that counts and a life that’s worthwhile. As an indomitable optimist and the founder of Ki Coaching, LLC, Kimiko strives to shape a world where the vast majority of professionals wake up feeling inspired each morning, feel engaged and valued during the work day, and return home fulfilled every night knowing that they made some sort of difference in the world. She has been interviewed on podcasts and has been featured in Fox Business as an expert on women’s careers and the military-to-civilian transition.

As a biracial, Canadian-American dual citizen and a returned Peace Corps volunteer, Kimiko thrives in cross-cultural settings and has committed her life to serving others. A champion for diversity and inclusion, Kimiko has advocated for positive change within UN conference rooms, Wall Street boardrooms, and the classrooms of Ivy League institutions, all in an effort to empower individuals with unique stories to achieve their potential in school and beyond. Through her work with the Posse Foundation’s Veterans Program and her own coaching practice, Kimiko has helped hundreds of veterans make the transition from a military to a civilian career. Her primary motivation is to inspire as many mission-driven individuals as possible to do what most inspires them, so that together we can shape a world with greater meaning. Kimiko received her MA from the Heller School for Social Policy and Management, Brandeis University, and BA in International Affairs from the University of Mary Washington. 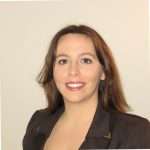 Desaree is a Posse Scholar and a Submarine Veteran. Her expertise in the Navy focused on Reactor Plant and Engine Room operations and supervision. Specifically, she led a team of 19 people through several highly intensive maintenance and operational periods. Additionally, she served as a sexual assault victim advocate for six years. At Wesleyan University, she is studying Psychology and Neuroscience. Upon graduation, she hopes to leverage my experience as a leader and advocate to work for a company that focuses on advocacy from both a clinical and legislative perspective. 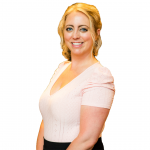 Cassie Elder serves as Warrior-Scholar Project’s admissions and student veteran recruitment manager. Cassie served four years in the Marine Corps as a Combat Engineer from 2006-2010. She deployed twice to Iraq and spent some time on Team Lioness, a female engagement team. It was during this time that she was able to interact with many Iraqi locals and when she first decided she wanted to focus on social justice.

Cassie graduated with a BA in English from the University of Michigan in 2013. She spent the next five years raising her two children and working for different social justice initiatives. She helped organize and execute the Warrior-Scholar Project pilot program at the University of Michigan in 2014 and continued in this endeavor for the next five years. Cassie also functioned as a fellow for The Mission Continues and extended her services at an organization called Focus: HOPE in Detroit, MI. There, she empowered young children to read and helped instill in them a love of literacy. In 2021, Cassie graduated with a Master’s in Social Work from the University of Michigan. Cassie hopes to continue her service to others in any capacity and she especially loves working with and alongside veterans, helping them in their transitions as they reintegrate back into society. She hopes to empower veterans to realize their potential and understand that they are capable beyond what they ever could have imagined. 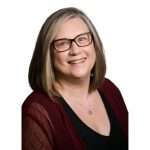 Lisa Stein is the Director of Outreach and Admissions for Warrior-Scholar Project. She started her career at Ft. Myer, VA Military District of Washington as an MP. For the last 16 years, she was part of the admissions process at Chadron State College, in the NW corner of Nebraska. While at Chadron State College, she was a non-traditional student who earned both her BA in Interdisciplinary Studies and a Master of Organizational Management. During her tenure as Director of Admissions, she was responsible for the Veterans Service Office and acted as the School Certifying Officer at different times. Military personnel and higher education are two of her biggest passions. Lisa looks forward to serving our veterans as they attain their college education dreams.

Although originally from Nebraska, Lisa spent 20 years in California. One of the best decisions was when she decided to return home. Reconnecting with her family, making new family, and marrying her best friend, Adam, made her decision to return home more impactful. Lisa has two adult daughters and three grandchildren. In her spare time, you can find her with her nose in a book, watching her brothers coach football, cheering on her nieces and nephews, and overall, enjoying life.