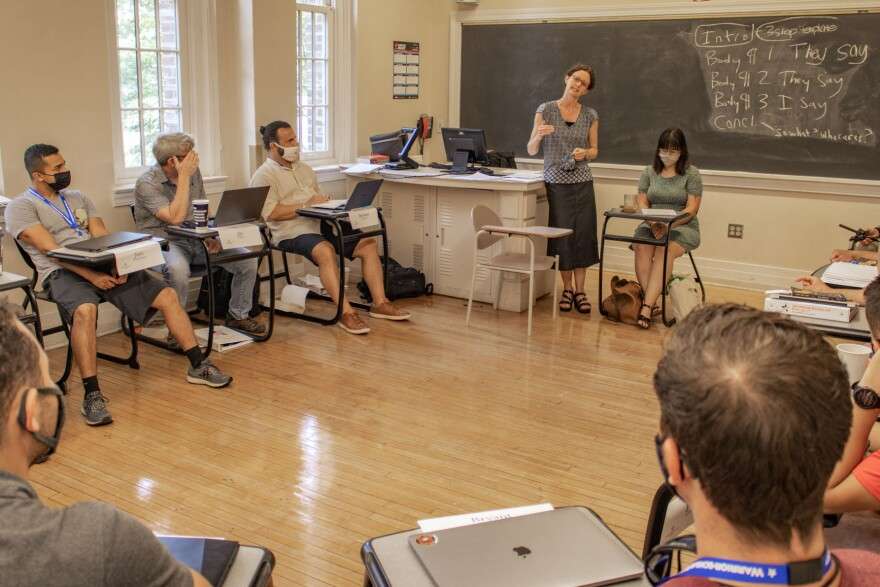 For Veterans Starting College, ‘Academic Boot Camps’ Ease The Transition To The Classroom

On a recent day, about a dozen veterans and active-duty troops sat in a semi-circle inside a University of North Carolina classroom. They listened intently as Hilary Lithgow, an associate professor of English, helped them refine essays they had begun writing about the philosophical underpinnings of American democracy.

Right up front was Master Gunnery Sergeant Eric Gonzalez, tattooed and heavily-muscled, with a tour of duty in Iraq under his belt.

He’s been in the Marine Corps for 23 years. During a class break, Gonzalez said that when he retires from the Corps in a few years, he plans to enroll in a four-year college to become a physical therapist. (continued)