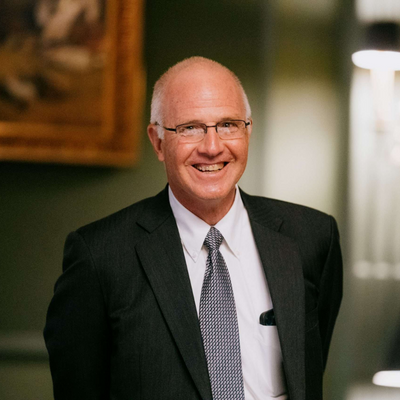 Chairman of the Board – Attorney at Law, London & Mead 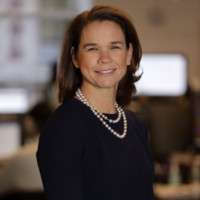 Board Member and Secretary – Director of Undergraduate Studies for Environmental Studies and Lecturer in Political Science, Yale University Board Member – Professor of Astronomy and Physics, Yale University 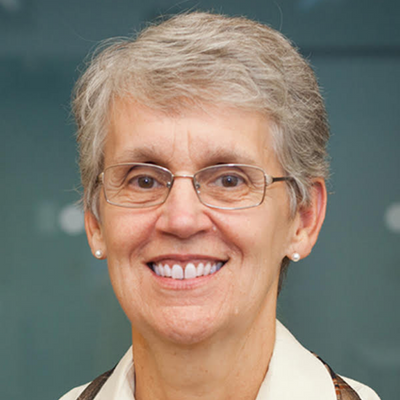 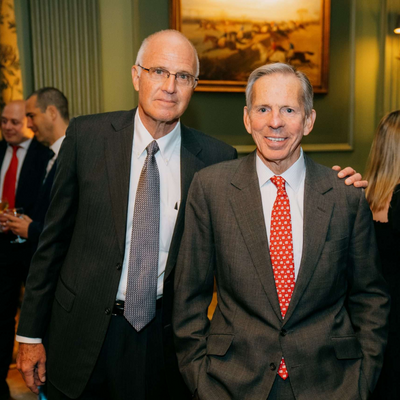 Board Member – Founder and Chairman of the Board of Directors, Brandywine Trust Company, LLC 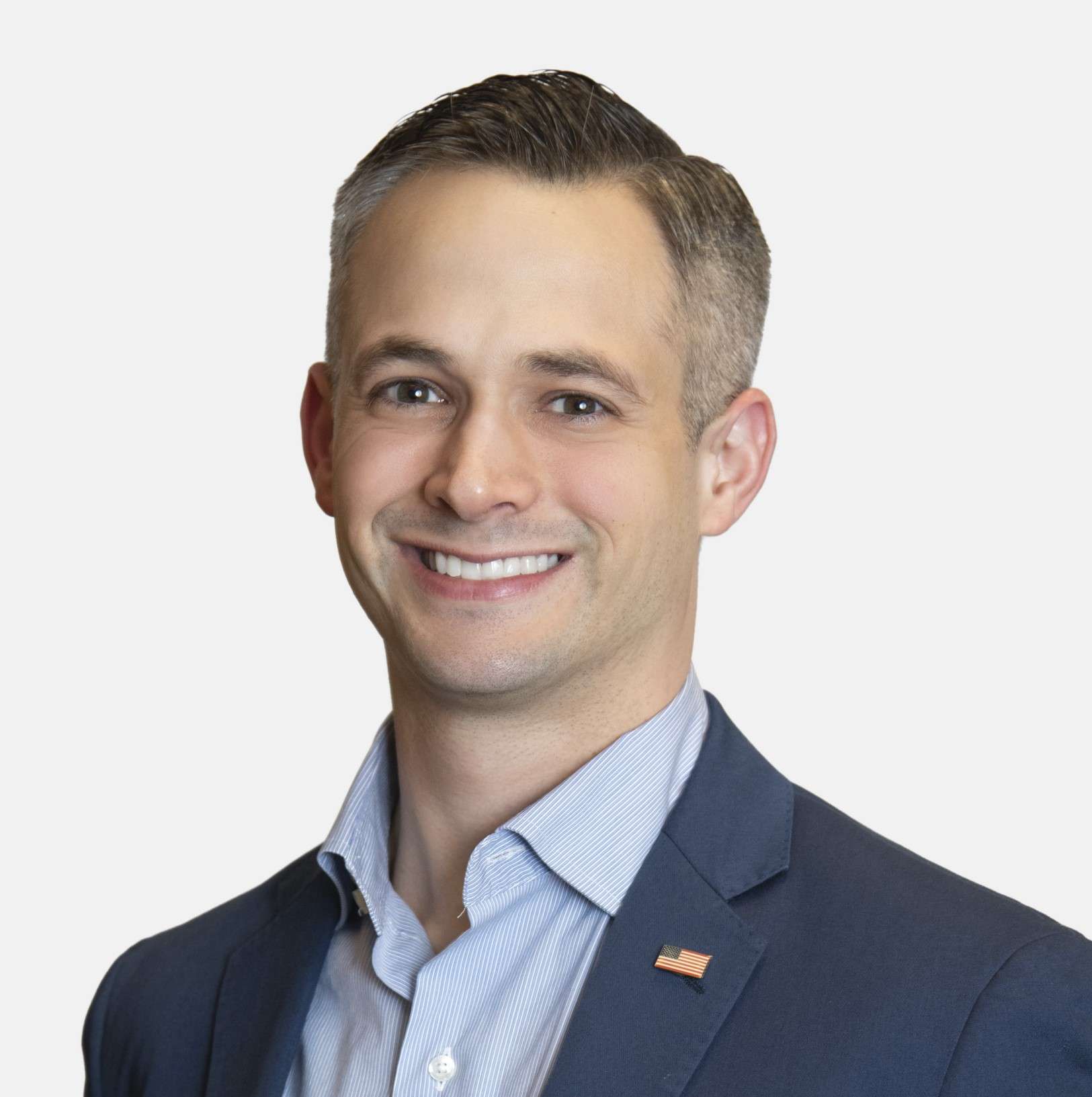 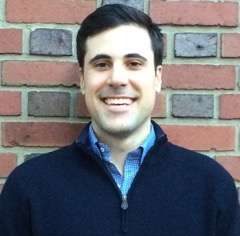 Board Member, Co-Founder & Partner at Eothen

Chairman of the Board – Attorney at Law, London & Mead

Mark London started the Washington, DC litigation firm of London & Mead in 1989 after leaving a partnership with a well-known law firm. He has extensive experience in all aspects of civil litigation and corporate investigations. He is an arbitrator and mediator in the American Arbitration Association.

Mark is the co-author of Amazon (Harcourt Brace Jovanovich, 1983), The Four Little Dragons: Inside Korea, Taiwan, Hong Kong and Singapore at the Dawn of the Pacific Century (Simon & Schuster, 1989) and The Last Forest: The Amazon in the Age of Globalization (Random House, 2007). He is the producer of the documentaries Shark Loves the Amazon about the creation of the award winning Rio Juma Sustainability Project in the Brazilian Amazon and The Warrior Scholar Project about the early days of our organization.

Since 1996, Mark has been the Vice Chairman of the Special Operations Fund, an organization that has sent more than 300 children and widows of our nation’s heroes to college.  He joined the WSP board in 2013 and has been its Chairman since 2016.

Julia Dailey currently serves as COO to Holocene Advisors, LP. Previously, Julie served at Broadfin Capital as chief operating officer from 2014-2016. She is responsible for the non-investment functions of the firm including marketing and investor relations. Prior to that, she was chief operating officer at Barlow Partners, a fund of hedge funds. Julia’s responsibilities included the administration of the Firm which included the day-to-day management of the business and the coordination of the technology, finance, and investment activities. She was also a member of the Investment Committee.

Ms. Dailey received a Bachelor of Arts in Economics from the College of Holy Cross in 1988. She serves as a board member of The Special Operations Fund, Washington D.C., and the College of the Holy Cross New York Leadership Council. She and her husband, Michael, reside in Rye, N.Y. with their six children.​

Matthew Flavin currently serves as CEO at Concord Energy Holdings. Before joining Concord, he was senior vice president at Energy Corporation of America (ECA). During Mr. Flavin’s time at ECA, he led the company’s international business efforts and was responsible for acquisition and divestiture activities.

​Before working in the energy sector, Mr. Flavin served at the White House on the National Security Council as the director of the Veterans, Military Families, and Wounded Warriors Task Force. He also worked as the deputy chief of staff to the deputy secretary of defense, where he advised senior defense leadership on a broad array of high-priority policy objectives and operational matters. In 2008, Mr. Flavin was the co-lead for Special Operations on the Defense Transition Team. In this role, he helped spearhead a comprehensive analysis of special operations policies and operations.

​Mr. Flavin was a United States Naval Officer and completed combat deployments to Afghanistan and Iraq, and also deployed to Bosnia. He is a graduate of Amherst College and Georgetown Law School and serves on the Board of the Special Operations Fund and as a member of its Executive Committee. Mr. Flavin is also a member of JP Morgan Chase’s Military and Veterans Affairs External Advisory Council.

​Mr. Flavin resides in Denver, Colo. with his wife, Brooke, and their two sons.

Board Member and Secretary – Director of Undergraduate Studies for Environmental Studies and Lecturer in Political Science, Yale University

Dr. Fotos is a lecturer in Political Science and Ethics, Politics, and Economics at Yale University and associate program director and visiting assistant professor in the graduate program in public policy at Trinity College in Hartford, Conn.

He is presently writing a book of lessons in policy analysis based on the work of Vincent and Elinor Ostrom of the Workshop in Political Theory and Policy Analysis at Indiana University. His other research interests and publications relate to coal mining regulation, voter turnout, ecosystem services, and counter-insurgency doctrine and operations.

Dr. Fotos was born and raised in Huntington, W.Va. He is a 1978 graduate of Yale College. He holds an MPA from Harvard and a Ph.D. in Political Science from Indiana University. He has a lifelong interest in energy and the environment and has worked in sales and marketing for wind energy, oil, and coal companies, as a senior administrator for state energy and environmental agencies in West Virginia, and as a director of land protection for an environmental NGO. He has taught at Trinity College since 2000 and at Yale since 2007. In addition to serving as a volunteer instructor and board member of WSP, Dr. Fotos volunteers as a director of the Connecticut Farmland Trust and presently serves as the president of its board of directors.

Board Member – Professor of Astronomy and Physics, Yale University

Marla Geha is a professor and astrophysicist at Yale University. She obtained her B.S. in Applied and Engineering Physics from Cornell University in 1995 and her Ph.D. in Astrophysics from the University of California, Santa Cruz in 2003.

Geha utilizes the world’s largest telescopes to study the smallest galaxies in the Universe. Geha’s science has been featured in many popular articles in publications including Time Magazine, CNN, The Daily Mail, and the John F. Kennedy Legacy Gallery. She has received various honors including Popular Science magazine’s “Brilliant 10” young scientists (2009), an Alfred P. Sloan Research Fellow (2010), a John S. Guggenheim Fellowship (2015), and a Howard Hughes Medical Institute (HHMI) Professorship (2018). She is the founder and faculty director of the Research Experience for Veteran Undergraduates (REVU) Program.

A noted economist whose work focuses on higher education affordability and access, as well as on economic development and reform in Africa, Cappy joined Ithaka S+R in September, 2016. She oversees Ithaka S+R’s two program areas, working to help the higher education, library, scholarly communication, and museum communities adapt to the technological and economic context of the 21st century.

From 2006 to 2016, Cappy served as the 10th president of Vassar College. Under her leadership, Vassar reinstated need-blind admissions and replaced loans with grants in financial aid for low-income families. In 2015 the Jack Kent Cooke Foundation, awarded Vassar the inaugural million-dollar prize for Equity in Educational Excellence for its efforts to expand access and support to students from diverse socio-economic backgrounds. While at Vassar, Cappy also established a first-of-its-kind veterans admission partnership with the Posse Foundation, with Vassar enrolling its first eleven veterans as freshmen in 2013.

Prior to her Vassar presidency, Cappy was the provost of Williams College, where she had chief academic and financial officer responsibilities. She originally joined the economics faculty at Williams in 1985. From 1994-1997, Cappy lived in the Republic of Zambia, working in the Ministry of Finance and with the Bank of Zambia.

Cappy serves on the board of the Yale-NUS College and is senior fellow on the Yale Board of Trustees.

Cappy graduated from Williams College, earned a bachelor’s degree and a master’s degree at Brasenose College, Oxford University. She completed her doctorate in economics at Yale University.

Originally from Houston, Jessica earned a B.A. from Smith College in 2019, where she majored in Psychology and concentrated on Community Engagement and Social Change.

Upon graduation from Smith College, she served as a Lead for America fellow working for the City of Jackson, Miss. on special grant projects for organizations like Kellogg and the Aspen Institute.

Jessica served as an enlisted member in the Marine Corps from 2012-2018. While in the military, she served as a Geospatial Analyst and Reserve Intelligence Chief in South Korea, Okinawa, and Kuwait. Jessica attended the Warrior-Scholar Project academic boot camp in 2017 at Princeton University. Jessica also served as a humanities fellow for three summers with Warrior-Scholar Project, assisting active-duty service members and veterans in their transition to higher education.

Jessica is currently working on starting Grid North, a nonprofit assisting transitioning service members and veterans in Mississippi with the transition to careers in the civilian workforce. Jessica intends to attend law school with plans to continue a career in public service.

Board Member – Founder and Chairman of the Board of Directors, Brandywine Trust Company, LLC

John Perez is the Head of Military & Veterans Affairs at Johnson & Johnson where he is responsible for the organization wide, cross-functional strategy and programming for the US Armed Forces military-connected community.

Mr. Perez is a graduate of Seton Hall University and holds an MBA from Yale School of Management and an Executive Master in Policy Leadership from Georgetown University. He is also a George W. Bush Institute Stand-To Veteran Leadership Program alumnus.

Board Member, Co-Founder & Partner at Eothen

Nick Rugoff is the co-founder, board member, and vice chairman of Warrior-Scholar Project. He works as an investment professional in New York and received a B.A. from Yale University.