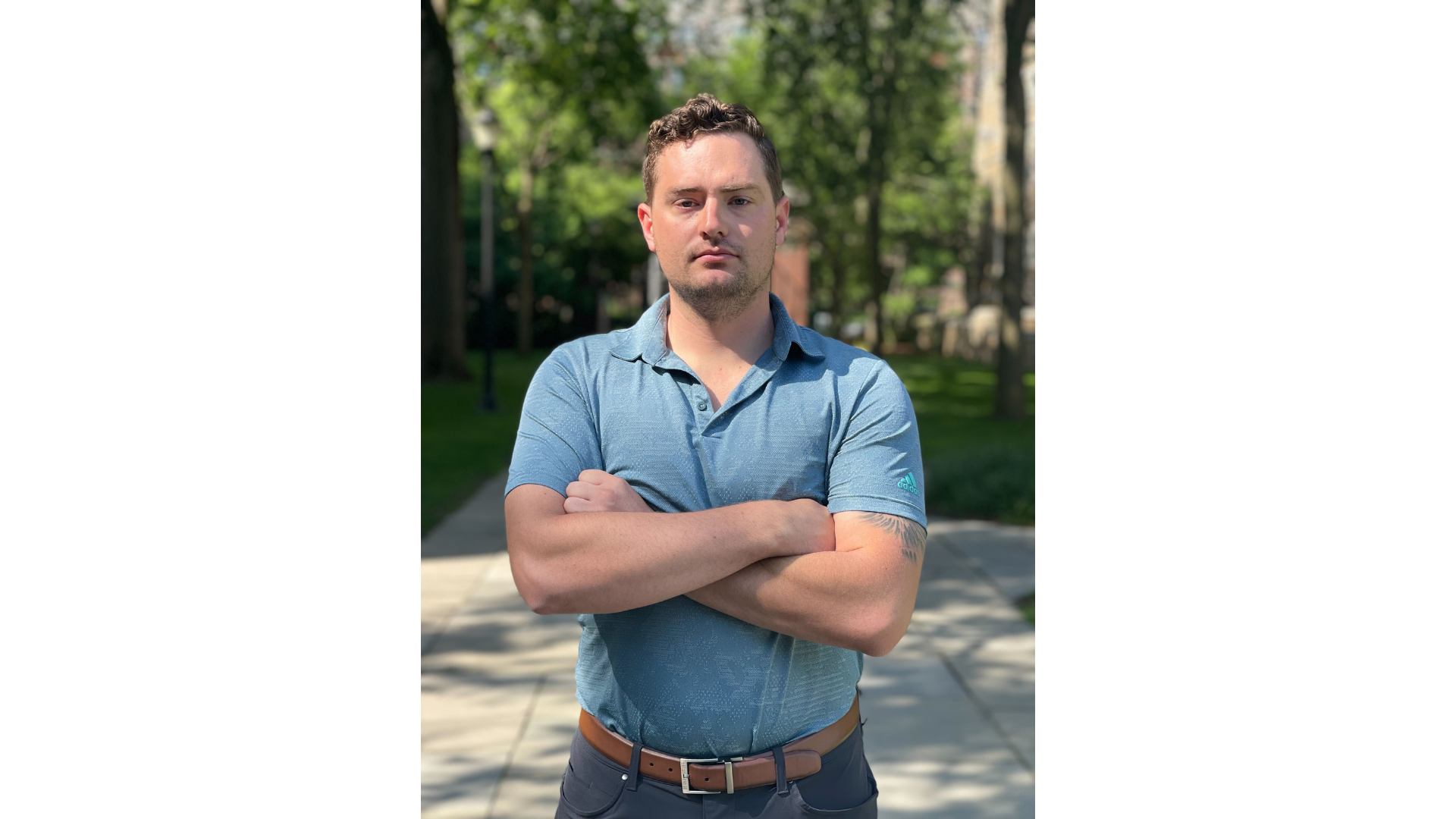 I was born in Provo, UT, and grew up in Utah, California, and Oregon. I was the first in my family to receive a high school diploma, and it took me five years to graduate with a 1.8 GPA. I did not have a direction in life, but I knew about Pat Tillman, who inspired me to become an Army Ranger. Currently, I am serving in the Army, undergoing a medical retirement. I started as an 11B infantryman but had to reclass before my first knee surgery to an 88N transportation coordination.

I attended Yale’s humanities and business boot camps and currently have 102 credits. Some of these credits are from the University of Charleston, while others are from my Joint Service Transcript.

I would say that I am a confident person in general. However, I wasn’t sure if I would be successful in college, let alone a top college. On the final day, my confidence was through the roof. I attended WSP at Yale, a college I didn’t think was meant for people like me. I fell in love with the way the professors taught their courses. I was so engaged that I did not want to lecture to end.

My original plan was to attend an MBA program when I get out of the Army, but now I want to redo my undergrad because I believe I have a hole in my education. Currently, I am trying to figure out which top college I want to attend so that I can apply for an early decision. This is something I never thought I would be doing.

James Hatch’s story about being a Navy Seal and now a junior at yale inspired me. He showed me the importance of the knowledge gained in school and how being in the military is not the end of being able to make a difference in the world. I learned that there are things I bring to the classroom that no one else can.

My biggest takeaway from my time spent at Yale is that I realized I want to redo my undergraduate degree and expand my horizons through education. I feel like I am getting to hit the restart button to go through college just ten years later.