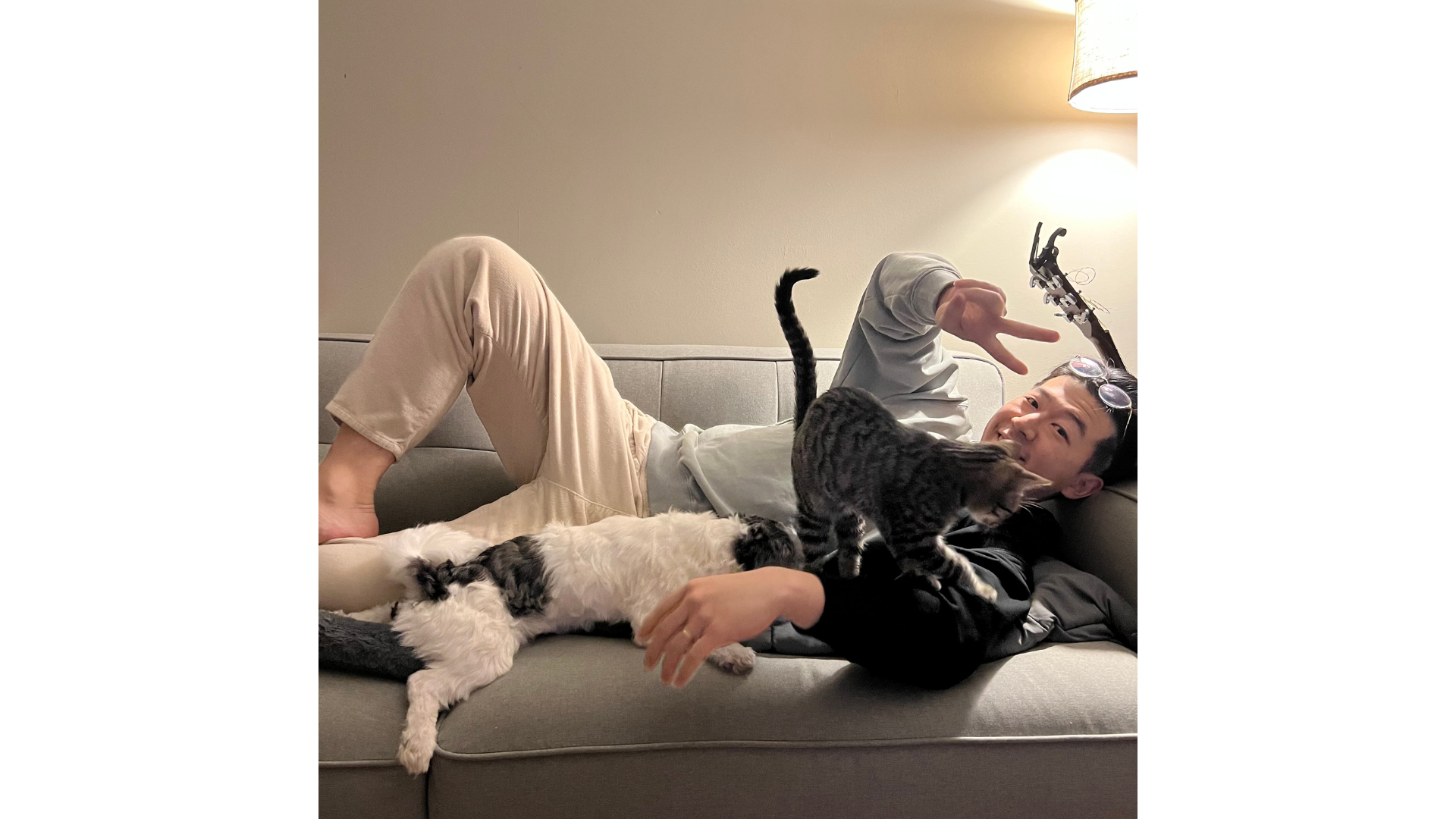 I was born in Seongnam, South Korea, and moved to Dallas, Texas, at 14. I’m currently serving as a nutrition care specialist in the U.S. Army. I decided to join the military because, at that time, I held an international student visa. Surprisingly, the Army had a brief promotion for legal immigrants to join. I could’ve just gone to college, but I knew I wouldn’t have done great in school. Instead, I wanted a challenge and to find my true identity because I had suffered from a severe identity crisis thinking about who I was. I was raised half in South Korea and half in the United States. I felt ambiguous about deciding whether I was genuinely American or just Korean because of my ethnicity. So I decided to join.

Some fun facts about me are that I have a lovely pup and two kittens, which are awesome. I love playing the guitar and have performed in public about seven times. I am also a true tennis lover, and the nerd side of me likes to talk about anything in philosophy and physics.

Before attending WSP at Princeton, I finished three online classes.

I wanted a challenge and another chance at my education path. The idea of forming my identity was still in my heart somewhere. Even though I had no idea about the WSP curriculum, I still knew it would be an excellent source for me to pave my path.

WSP seemed very mysterious to me in the beginning. Without any solid strategies on how to study, I felt very nervous just walking around at Princeton. I finished the WSP course with high confidence, understood more, and had more efficient time management.

Every night I went to sleep super late. The workload was massive, but I was still sincerely having fun. One exciting decision I made was to read “Democracy in America” in English and Korean. I did this to get better insight into the author’s motive. Fast forward, and I lost some weight upon finishing WSP at Princeton because I genuinely gave 100% effort. If I could go back to the beginning, I would do it again.