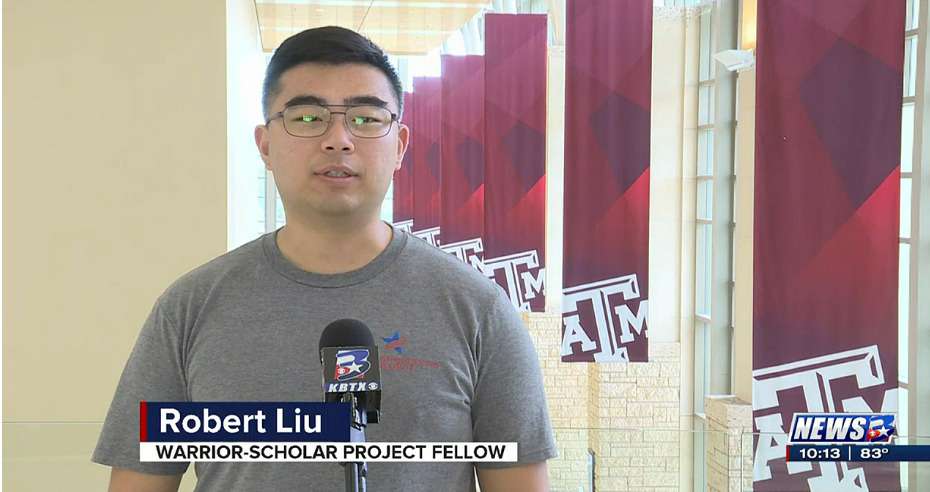 Transitioning from military service to life at a large four-year university can be tough, even intimidating, for some veterans. It’s why current Texas A&M student veteran Robert Liu signed up for a WSP academic boot camp back in 2018. The WSP says the camps are designed to help student veterans acclimate to civilian life and successfully complete undergraduate programs.