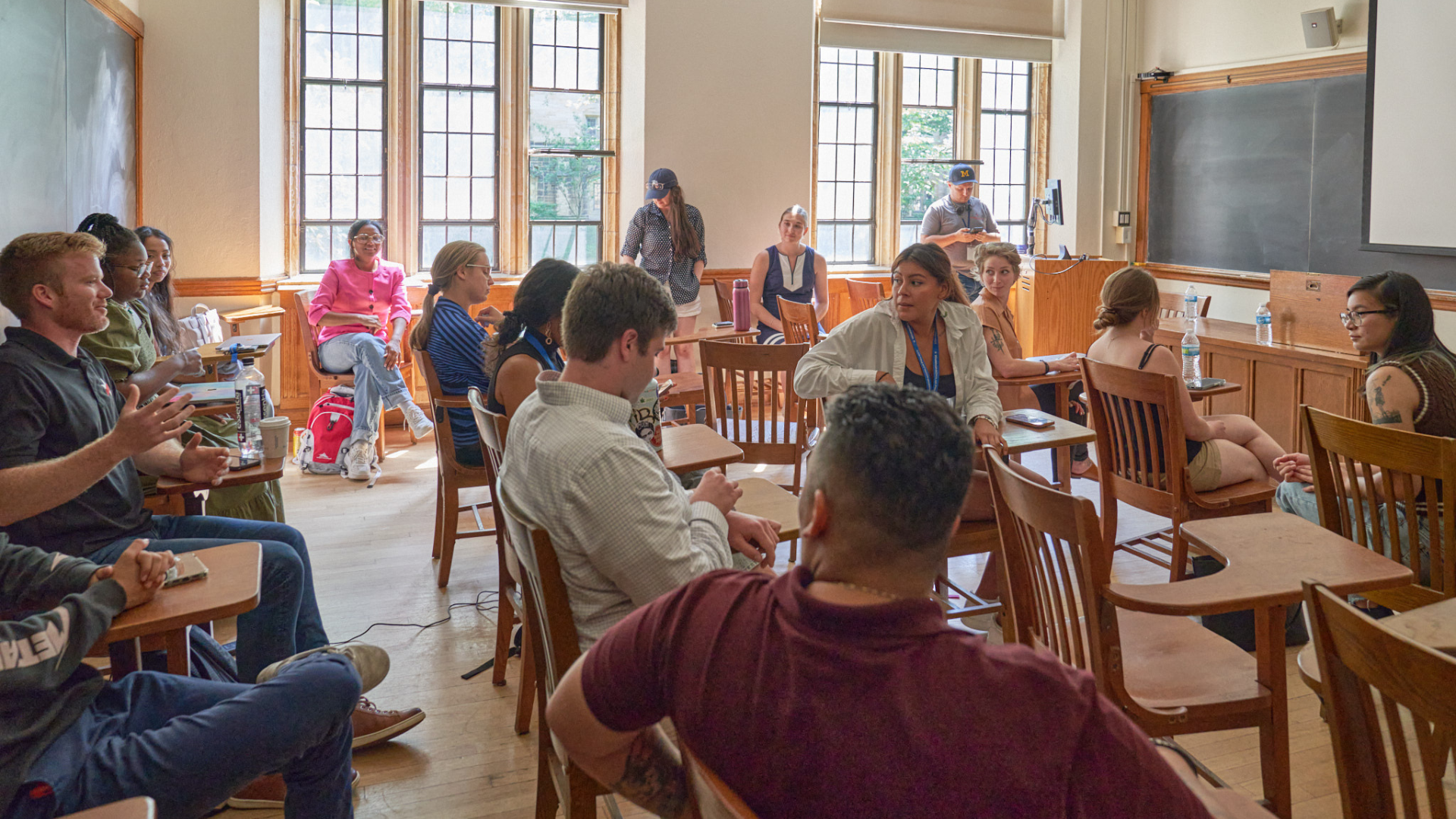 WASHINGTON, D.C. – FOR IMMEDIATE RELEASE – National nonprofit Warrior-Scholar Project (WSP) is proud to announce it is the recipient of a grant from the Bob Woodruff Foundation to support programming that prepares veterans to transition from the military to a four-year college or university degree program. The grant will aid 108 student veterans participating in academic boot camps that teach college-level skills such as analytical reading, writing, public speaking and other knowledge crucial to academic success.

“We are incredibly thankful for the Bob Woodruff Foundation’s enduring support. Their investments year after year have helped us transform the lives of hundreds of veterans pursuing college,” said Ryan Pavel, CEO of WSP.

Every year, 115,000 veterans transition from the military to higher education out of 200,000 who separate from the military. Many face barriers to enrolling in a college degree program, including lack of awareness regarding their options and little confidence in their ability to succeed in a higher education setting. WSP empowers enlisted veterans and service members and amplifies their voices as civic leaders by providing them with: (1) a skill bridge that enables a successful transition to the classroom by making them informed consumers of higher education and increasing their confidence to apply to and complete rigorous degree programs at top-tier institutions, and (2) sustained support throughout their pursuit of higher education and into the Workforce.

Ninety-eight percent of WSP participants leave the program feeling more confident they will succeed in college, and more than 90% are currently pursuing or have already completed their undergraduate degrees — in contrast to 72% of the overall student veteran population.

To date, the nonprofit has served more than 2,000 enlisted veterans through boot camps and hundreds more through workshops tailored to address the unique needs of veterans enrolled in community colleges.

About the Bob Woodruff Foundation

The Bob Woodruff Foundation (BWF) was founded in 2006 after reporter Bob Woodruff was wounded by a roadside bomb while covering the war in Iraq. Since then, the Bob Woodruff Foundation has led an enduring call to action for people to stand up for heroes and meet the emerging and long-term needs of today’s veterans, including suicide prevention, mental health, caregiver support, and food insecurity. To date, BWF has invested over $124 million to find, fund, and shape programs that have empowered impacted veterans, service members, and their family members, across the nation. For more information, visit bobwoodrufffoundation.org.

About the Warrior-Scholar Project

An official partner with the Dept. of Veterans Affairs, Warrior-Scholar Project (WSP) is a national nonprofit that empowers enlisted veterans and service members to excel at four-year universities. WSP’s flagship program helps veterans gain skills required for college success and support for the cultural shift from the military to higher education via intensive one- to two-week academic boot camps at top-tier schools. During the immersive experience, students are housed on campus and engage in challenging discussions with accomplished professors while receiving tailored instruction on key skills like analytical reading and college-level writing. WSP also offers workshops tailored to address the unique needs of veterans enrolled in community colleges and targeted programming for marginalized veterans, such as its Women Veterans Empowerment Dialogues. Warrior-Scholar Project offers programs at public and privatecolleges and universities nationwide. For more information, visit www.warrior-scholar.org.